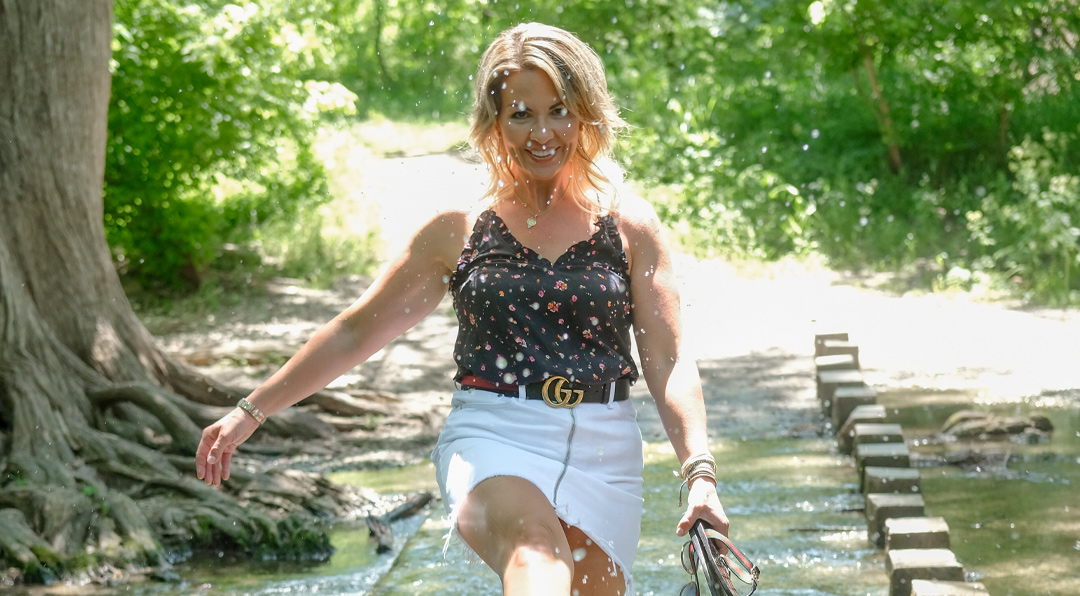 I think that each of us have these turning points in our lives…these forks in the road that propels us in such a wildly different direction from where we would have gone with our manner of living had we made a different decision. I believe that we have many of these occurrences in our lifetime.  Perhaps when they happened we didn’t know how profound each decision was. It may have seemed so simple and mundane at the time. Or conceivably, it was a monumental decision to complexly change who we are because we had become so far away from the authentic self that God had created us to be.

We have so many “forks” within our journeys along the way of our soul paths. It is really interesting sometimes to look back and see just how far one single decision took you.

Change your health…how you eat and how you exercise.
Stop drinking.
Stop smoking.
To love someone.
To take a class.
Turn left versus right.
Have the affair or do something that is wrong when you know it is wrong.
Spend your time a certain way.
Follow God and trust Him.
Have a meeting where an idea was born.
Take a different job.
Apologize.
Have bitterness and not forgive.
Learn an instrument.
To be content with what you have.
To work harder.
To take that interview.
Make that phone call.

I could go on and on.

I can tell you that one of mine was to go to a party where I knew only one other person when I was living out in Southern California. I had moved out there to get out of Buffalo and oddly enough, not one person would hire the very capable me. I seriously interviewed what felt like everywhere. Not one job offer. I was going to school at night and needed a job to support myself. My savings was dwindling quickly and I was starting to panic. I thought that my whole life plan was laid out in front of me with my end career…which was to be an MD of some sorts. I had met a girl that lived in the complex at the pool and she invited me to her party. I was hesitant to go…but went anyway.

I started talking to another lady at the party and she was talking about how difficult it was to find someone who was useful and not lazy for a position that she had as a receptionist at a mortgage company.

My interview got set up for that Monday. The rest is history. That party changed the entire direction of my life.

To think of what would have happened to me had I not gone. Where would I be?

Now, I believe that this was God orchestrated…and I just had to be willing and open to let it happen the way it was supposed to happen. The roadblocks that were in front of me, weren’t really roadblocks…they were hard stops designed for me to help get me where I was meant to be. I listened to my “gut” (God) and followed on the path that I was supposed to take. I try to imagine what my life would have been like had I not chosen to go to that party.

I also think back to the times that I had my gut feeling and I ignored it and made a completely different decision. It has never been a great outcome. Never ever.

Your authentic path has been already laid out for you…but it is you that has to make the decision(s) to either follow or not. I believe that we have these “gut feelings” for a reason. Those premonitions that tug on you to do something…you should follow those.

Look back over each day and notice how many times we are “tugged” in a direction. Look back and see how God was right there with you, trying to help you navigate your way through even the most difficult days.

I know that I have written some deep shit right there LOL. It is just neat to think about sometimes…the decisions that we make and just how important they are. Listening to that inner voice that pleads for us to go one way or the other… 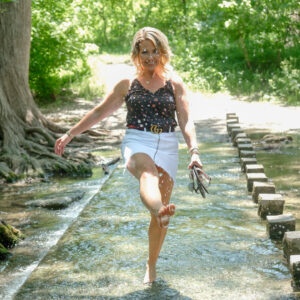